The graph below traces changes in the population of the town of Faversham between 1530 and 1990. 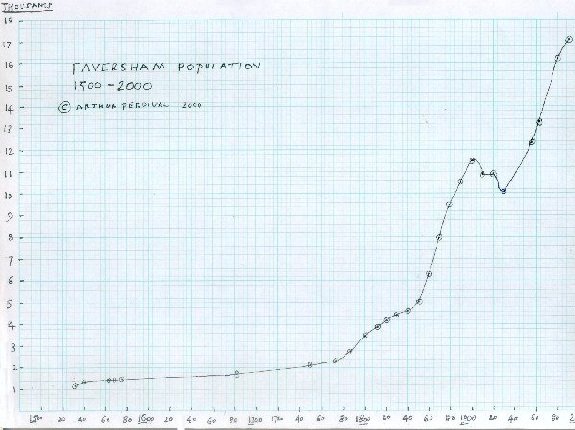 The first census did not take place till 1801, so for figures before this date only unofficial estimates are available.The earliest ones (till and including 1680 and also 1772) are based on counts of the number of households. Used here are the multipliers which seem to be generally accepted (x 4 up to 1680s and x 4.8 for 1772) but it is possible that for the 16th century x 4 is too low a multiplier.

For 1576, for example, it yields a population of 1,520, but prima facie this seems on the low side, given that the town had been self-governing since 1252, has a large number of 13th-16th century timber-framed houses (some quite big and lavish) surviving in the town centre, and had a sophisticated local government system and was very prosperous in the late 16th century.

Other points which should be noted:

If you would like to reproduce either the text or the graph, please read our Copyright information.