Cowper (born in Northamptonshire, 1830) became a teacher at Faversham District Schools soon after their 1853 opening. He later entered Faversham's gunpowder industry, and was manager of its Marsh Works by April 1857. By 1868, he was superintendent of all three works, and probably living at Ravenscourt, Davington Hill. In 1871, Cowper went to Peru to run a state gunpowder plant. He later settled in Canterbury and in spare time edited city and church records for publications still in use. This scholarship is recalled on a Canterbury Cathedral memorial plaque. 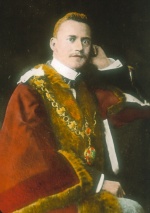 Charles Cremer (pronounced Creemer) was a brick manufacturer who was Mayor of Faversham, in 1899, 1907 and 1908. Born at Sittingbourne in 1858, he came to Faversham aged 18, when his father, William, moved to the town to open a brickworks at Ham. Cremer, like his father, was a supporter of Faversham Gospel Mission, set up by brickfield workers. Cremer's brickfields at Ham and Lady Dane had a combined output of 10 million bricks a year, and he also owned a fleet of 12 sailing barges and had the house Preston Lea built for him. Cremer, a keen photographer, died at his later home, 50 Newton Road, Faversham, in 1947.

Tradition says that St Crispin and St Crispianus, after fleeing persecution in Rome by Emperors Diocletian and Maximianus, settled in Faversham in AD 284/6 and worked as shoemakers at the site of the Swan Inn. The site was visited by pilgrims till as late as the 17th Century, and Faversham Church had an altar to Crispin and Crispianus, patron saints of shoemakers, saddlers and tanners. Well into the 18th Century, Faversham festivities marked the saints' day, 25 October. After their Faversham sojourn, the pair were missionaries in Gaul, where, after refusing to reject their faith, they were executed on 25 October, 296, by order of Maximianus.

Edward Crow (1784 to 1867), a silversmith at 8 Market Place, Faversham, and mayor in 1837, left writings on town events and on buildings since demolished. He recorded civic practices before and after reform by the Municipal Corporations Act 1835. In 1838, Crow opposed plans, approved by a town council majority but later dropped, to sell Faversham's ancient maces. Buried at Faversham Parish Church.

Herbert Dane, journalist and local historian, was born on 14 October, 1875, in Faversham, where his family could be traced in unbroken male line for 300 years. After Faversham District School, he joined the Faversham News in 1891. Became chief reporter and was editor from 1896 till retiring in 1949 after 58 years' service. Formed collection of portraits, mainly photographic, of mayors of Faversham since early 19th century, which he gave the town council in 1947. Staged 1952 display of town's archives for 700th anniversary of its oldest existing charter, from Henry III. Dane, chairman of the former Faversham Historical Society, collated Faversham United Reformed Church records, dating from the mid-17th century. Elected to Fellowship of the Institute of Journalists in 1936. A leading member of Faversham Congregational Church, now the site of Herbert Dane Court, in Newton Road. In October 1973, after 98 years in Faversham, Dane moved to Dunstable, where he died on 10 March, 1974. Before moving, he gave the Faversham Society, of which he was vice-president, his local history collection of books and other items.

Robert Dod became, in 1255, the first person to bear the title of Mayor of Faversham. This angered the Abbot of Faversham Abbey, who was Lord of the Manor of Faversham and was ever seeking to exert his authority over townspeople and the corporation, and early in 1256 he complained to King Henry III.

Details: The Story of a Thousand Years and The Mayoralty of Faversham (Faversham Society's Faversham Papers) 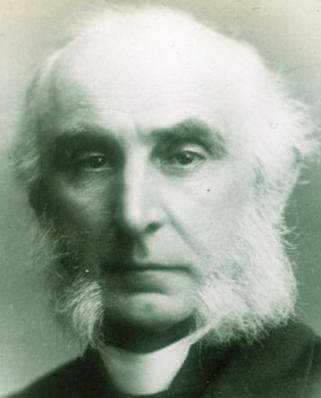 The Rev Charles Edward Donne, co-author with Francis F. Giraud of A Visitor's Guide to Faversham, was Vicar of Faversham from 1866 to 1900 and domestic chaplain to Earl Sydney. Donne, a descendant of the poet John Donne (1573-1631), was recorded in Kelly's Directory (1900 edition) as being one of the main landowners at Mattishall, Norfolk, where he was born in 1832. Charles Donne, a son of William Bodham Donne, librarian of the London Library, married firstly Mildred Kemble, of the Kemble acting dynasty, and secondly Augusta Rigden, of Faversham. Donne died in 1907. A memorial window is in Faversham Parish Church's north transept.

Son of King Stephen, the Norman sovereign who, in 1147, founded Faversham Abbey as a chapel royal and mausoleum for his House of Blois, of which he was the first monarch from 1135 until his death in 1154. However, hopes of that house winning the dynastic civil war racking England and ruling for generations were dashed by Eustace's death in 1153. He was buried in the abbey, dissolved in 1538.

Charles Evers was the first doctor from Faversham to reach the scene of the great explosion that killed an estimated 108 people at the Faversham munitions works at Uplees on 2 April, 1916. He and others tended the injured amid danger from fire and further explosions. The blast, heard 93 miles away in Norwich, remains the worst disaster, in fatalities, in the UK explosives industry. Evers (1863-1957) lived and practised at 1 Albion Terrace (11 South Road). He was also Medical Officer of Health for Faversham from 1892 to 1942 and was a keen amateur photographer.

Details: The Great Explosion at Faversham, by Dr Arthur Percival