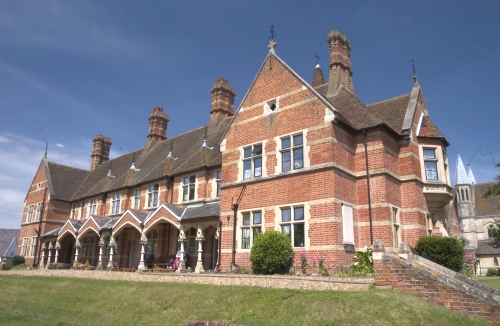 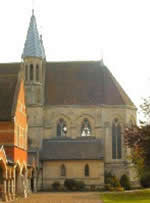 The trustees of Faversham Municipal Charities run the town's Almshouses, for which applications are invited, and administer funds for charitable purposes.

Faversham Almshouses, in South Road, consist of 69 units, most of them in the splendid 1863 building (whose southern terrace is shown above), one of the largest and finest schemes of its kind in the UK.

It superseded several smaller groups of almshouses scattered about the town. Rebuilding on such a grand scale and to so high a standard was made possible by a bequest to the town by Henry Wreight (1760-1840), a solicitor and former mayor.

The building was designed by two Kent architects, Hooker and Wheeler. Although they are not well-known, their talent is clear from the way they handled the commission. The huge building dominates its setting, but does not overpower it because of the skilful way in which its bulk is broken up.

Although the main range is 470ft long, there is no monotony because it is punctuated by projecting bays and by a central chapel, whose Bath stone is a balance to the brickwork of the dwellings. In 1982, the flats were modernised at a cost of £1 million. They were re-opened by Queen Elizabeth The Queen Mother, as Lord Warden of the Cinque Ports, of which confederation Faversham is a member. 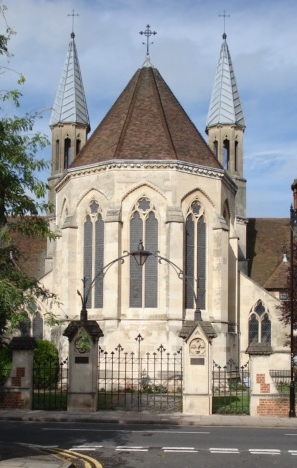 In 1989, work was completed on new accommodation of 16 flats, designed to harmonise with the old, at the rear of the site. A community room for the almspeople, of whom there are just over 85, has also been provided. Applicants for accommodation at Faversham Almshouses must have lived in the town continuously for at least five years immediately preceding application. Contact details appear below.

Faversham Municipal Charities 2010 represents a reconstitution of the Faversham Municipal Charities body formed in 1835 and amalgamation of more than 20 charitable trusts of various sizes to create a more manageable structure of only two charities. The process was begun in 2010 and completed in late 2012 with the Charity Commission issuing schemes for the two new charities.

The Faversham Heritage Fund and Henry Hatch Charity was formed by combining the Faversham Heritage Fund, which had been created in 2006 in memory of local conservation officer Derek Church, with the Hatch Charity, a 1533 bequest by the merchant venturer Henry Hatch. The heritage fund's broad purposes of preserving and improving Faversham's historic buildings, townscape, landscape and artefacts run wider than the original purposes of Hatch.

FMC has always been ready to accept gifts and bequests. Trustees would be glad to discuss potential donors' ideas for extending the town's fine history of benefactions farther into the 21st century, as it was extended when Faversham Heritage Fund was set up with £25,000 given by Donald Church in memory of his brother, Derek, a former conservation officer with Swale Council.

Faversham Municipal Charities (FMC) was established when a national reform, the Municipal Corporations Act of 1835, transferred administration of the town's charitable funds from the corporation to the new body of charity trustees.

FMC holds in trust the freehold of Faversham Recreation Ground, which was opened in 1860, its cost having been met mainly from the bequest of Henry Wreight (died 1840), but also by subscription by townspeople.