Adkins (c1831-1908) was the architect of many of Faversham's finest Victorian buildings, including Davington School and 16-17 Court Street, built as offices for Shepherd Neame. Adkins lived and worked at Newton Lodge, 7 Newton Road, which he built in 1868. He supervised the Old Grammar School's 1887 restoration and designed 13 Market Place (NatWest Bank). Adkins, though of Kentish stock, grew up in France, where his father built boats for the Seine. He was married, in 1860, in a church he helped to design, the parish church of Belmont, Durham. 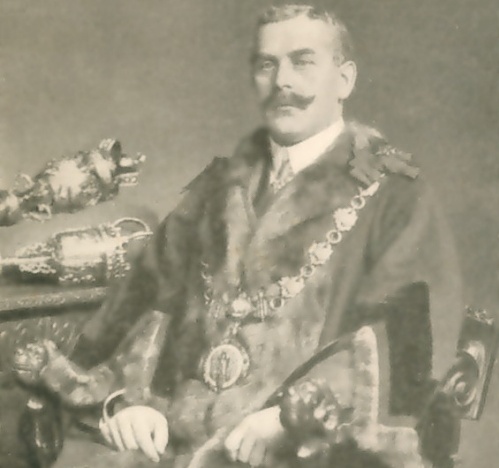 Physician whose record decade as Mayor of Faversham (1910-20) included the years of the First World War (1914-18). Alexander's wartime public service was recognised with a knighthood by King George V, whose 1911 Coronation Alexander attended as Faversham Baron of the Cinque Ports. Alexander, a pioneer of varicose vein treatment with a practice in London, was a GP at his Gatefield House home, bought from Lady Alexander, his widow, by Faversham Corporation in 1943 for Municipal Offices. It is now called the Alexander Centre. 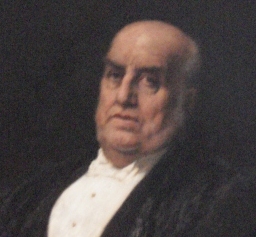 A founder of the Faversham Institute, a centre for education and entertainment from 1862 to 1979, on whose site now stands John Anderson Court. Elected Faversham's first county councillor when county councils were created in 1889. Anderson was a partner in Hilton, Anderson & Co, owner of Faversham Cement Works, and was Mayor of Faversham in 1866, 1876 and 1882. He made gifts to Faversham Parish Church and in 1902, in thanks for fifty years of happy married life, gave £2,000 for augmentation of the benefice. His portrait is in the Guildhall.

The murder, in 1551 by his wife, of Thomas Arden, the 1548 Mayor of Faversham, inspired the first English domestic drama, Arden of Faversham. Arden, who lived in the former Faversham Abbey's guest house (Arden's House, Abbey Street), was killed in his parlour by Alice Arden, and her lover, Thomas Mosby, steward to her stepfather, Sir Edward North, aided by two hired thugs, Black Will and George Loosebag (the play's Shakebag). For this, Alice was burnt to death at Canterbury and Mosby was hanged in London. Black Will was burnt. Loosebag fled justice.
The events, reported in Holinshed's Chronicles, are immortalised in the 1592 play, attributed by some scholars to Shakespeare, who had visited Faversham as an actor and who used Holinshed as a source for his English history dramas.
Arden editions include those of 1873 and 1973. Arden was made into ballet by Sadler's Wells in 1799 and the story became an opera in Alexander Goehr's Arden muß sterben (Arden Must Die), commissioned by the Hamburg State Opera (1967). A 2004 New York Metropolitan Playhouse production played Arden for laughs.

Theodore Upton Barber, a photographer in business from c1914 to c1954 at 84-85 Preston Street, Faversham, recorded an era of much change. A Saturday sight used to be just-married couples in their finery arriving by car at Tub Barber's toys and giftware shop to have wedding photographs taken in his studio at the back. The ancient timber-framed shop was among buildings lost in the early 1960s to make way for a Fine Fare supermarket (now Superdrug) and two lock-up shops. The Faversham Society has a collection of T. U. Barber negatives.

Favershamian who was UK High Commissioner in New Zealand from 1939 to 1945. Batterbee (1880-1976), son of N. S. Batterbee, of 62 Newton Road, was educated at the town's Queen Elizabeth's Grammar School and Hertford College, Oxford. Served in the Colonial Office and the Dominions Office. Political Secretary to the Duke of York (later George VI) on 1927 tour of Australia and New Zealand. Knighthoods as GCMG (1946) and KCVO (1927). In 1946, he became a governor of his old school, by then named Faversham Grammar School. Chairman of governors from 1961 to the time of the 1967 amalgamation with the William Gibbs School that resulted in today's Queen Elizabeth's Grammar School.

Mayor of Faversham in 1785, 1794 and 1804. In 1830, he left funds to aid needy housekeepers, a gift now administered by Faversham Municipal Charities. Beckett was a grocer at 1 Court Street and owned land extending to Partridge Lane. He sold a piece in the lane to Dr John Simmonds, who in 1789 built on it, for the Countess of Huntingdon's Connexion, a chapel that later became the town's first Congregational Church. Subsequently the Congregational Hall, it is now used by the Shepherd Neame brewery. A portrait of Beckett is in the Guildhall.

JOHN BY: pioneer of Ottawa

Lieutenant-Colonel John By, who gave his name to Canada's capital in its early days, was in charge of the Royal Gunpowder Factory in Faversham from 1812 to 1821. The Royal Engineers officer built Canada's Rideau Canal, linking the St Lawrence to the Great Lakes, between 1826 and 1832. His headquarters became Bytown, later renamed Ottawa. A statue of By is in that city's Major's Hill Park.