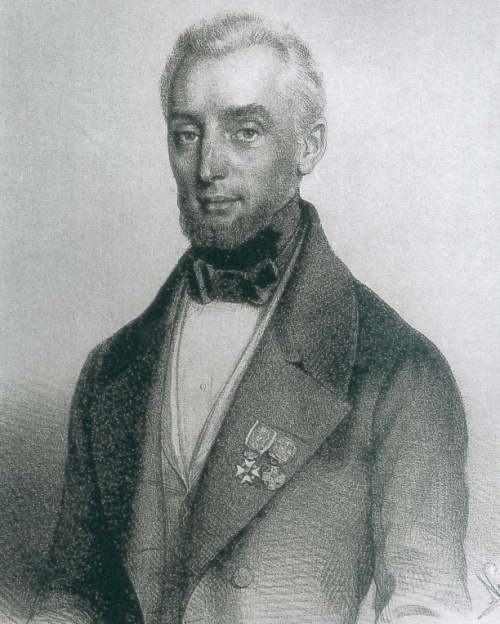 George Finlay, historian of Greece, was born in Faversham in 1799, the son of Major John Finlay, inspector of government gunpowder mills in the town. His birthplace was probably 114 West Street, the inspector's residence (now Ardennes Restaurant). In 1823, he went to Greece and collaborated with the poet Lord Byron in fighting for it in the Greek War of Independence from Turkey. Finlay, who from 1844 to 1861 wrote a series of histories of the Byzantine Empire and Greece, died in Athens in 1875. Faversham has a Finlay Close.

Hilda Fowlds, an early victim of terrorism, was headmistress of Faversham's former William Gibbs School for Girls, appointed in 1921, aged just 30. She was killed in 1931, aged 40, while on holiday in Hungary studying its folk songs. Hungary was suffering economic and political turmoil and the train on which she was travelling was blown up on a viaduct by a terrorist bomb, with its coaches falling 100ft, killing 30 people. The School of Slavonic and East European Studies at University College London holds letters she wrote travelling in Czechoslovakia, Hungary and Yugoslavia between 1924 and 1927 and papers relating to her death.

After leaving Faversham, travelling in China and making his fortune as a tea-trader, Gibbs founded, in 1883, the town's William Gibbs School for Girls, named after his father (see below). It was a predecessor of today's Queen Elizabeth's Grammar School.

The British Museum displays a collection of ornaments and relics found in a Jutish cemetery during construction of the railway through King's Field, Faversham, and bequeathed to the nation by William Gibbs (1788-1870). Gibbs, a town grocer before amassing his collection in retirement, saved the items for posterity by buying them from workmen who dug them up.

Francis Frederick Giraud (1832-1916), one of a distinguished Faversham family of Huguenot origin, was the first person given the Freedom of the Borough, after 32 years as Town Clerk from 1870 to 1902, a demanding era of much development. Giraud was a keen antiquary and, with the Rev Charles Donne, wrote A Visitor's Guide to Faversham (1876). He lived at Wreight's House, former home of the great town benefactor Henry Wreight, as tenant of Faversham Municipal Charities. 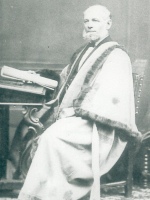 Goldfinch (1820-1905), Faversham's most famous shipbuilder, began constructing sailing barges at Coal Exchange Wharf, by today's Swan & Harlequin pub, in 1854, later working at King's Head Quay before moving to Standard Quay in 1867. His largest vessel, launched in 1894, was the eponymous Goldfinch, 98ft and 144 tons. Schooner-rigged and one of only two barges to carry proper topsails, she was a tour de force of design and construction. Mayor in 1875, 1886 and 1887, when he helped to organise celebrations of Queen Victoria's golden jubilee.

Florence Graham became, in 1956, the first woman Mayor of Faversham in seven centuries. Miss Graham (1892-1985), who lived at Cherry Croft, Roman Road, was made headmistress of the Solomon's Lane Methodist School in 1940, retiring from it in 1952. The school has since been converted to housing after a period as a gym club. In 1955, Miss Graham was involved in forming the Personal Service Group, which still serves local welfare needs. Her portrait is in the Mayor's Parlour.

Greenwood, after being press-ganged in Faversham's Market Place in 1748, was serving in HMS Lichfield when she was wrecked off Morocco in 1758. He and other survivors were enslaved by the Moors for 17 months until ransomed by Britain. Greenwood kept a captivity diary, now in the possession of descendants in Queensland, Australia. After returning to Faversham, he lived at 89 Abbey Street and worked as an oyster dredger. Greenwood (1731-1812) was baptised on 5 September, 1731, at Faversham Parish Church, in whose graveyard he is buried.

Grueber (c1657-1730) was born in France into a Huguenot family that came to England in about 1680. His father, Daniel, settled in London and by 1687 had rented leather and gunpowder mills in Faversham, Ospringe and Preston, and was in coastal trade, sending groceries to Faversham and carrying back powder and skins from his mills. After his father's death, Grueber ran the mills, and by the mid-1690s was the largest of five Faversham suppliers of powder to the Government. He also dabbled in the grain trade that dominated the port of Faversham. After 1700, Grueber seems to have focused on gunpowder, his mills employing other Huguenot refugees living in Faversham. In 1703, a blast at one of his Faversham mills “shattered the whole town”, as Daniel Defoe put it, and killed one of Grueber's sons, also Francis. After Grueber's death, the business stayed in the family, but the State bought Faversham's main powder mill in 1759.