The Roman Catholic King James II was held in Faversham over four days in 1688 while trying to flee to France after the landing of the Protestant William of Orange, his son-in-law, to take the Throne. James had been seized from his getaway boat by Faversham fishermen. For part of his Faversham captivity, the king was held at 18 Court Street, home of the mayor, Thomas Southouse, and now Shepherd Neame brewery offices. 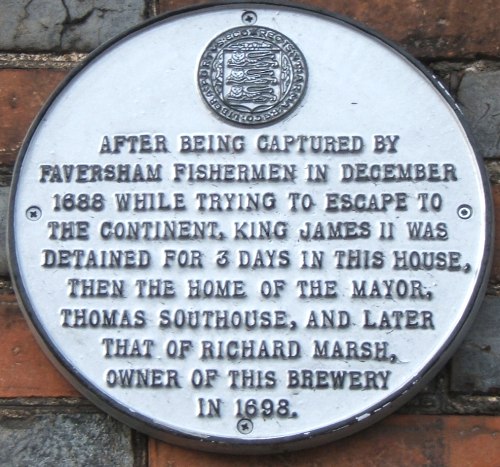 Location of the plaque

King James II was held captive at this building in Court Street, Faversham